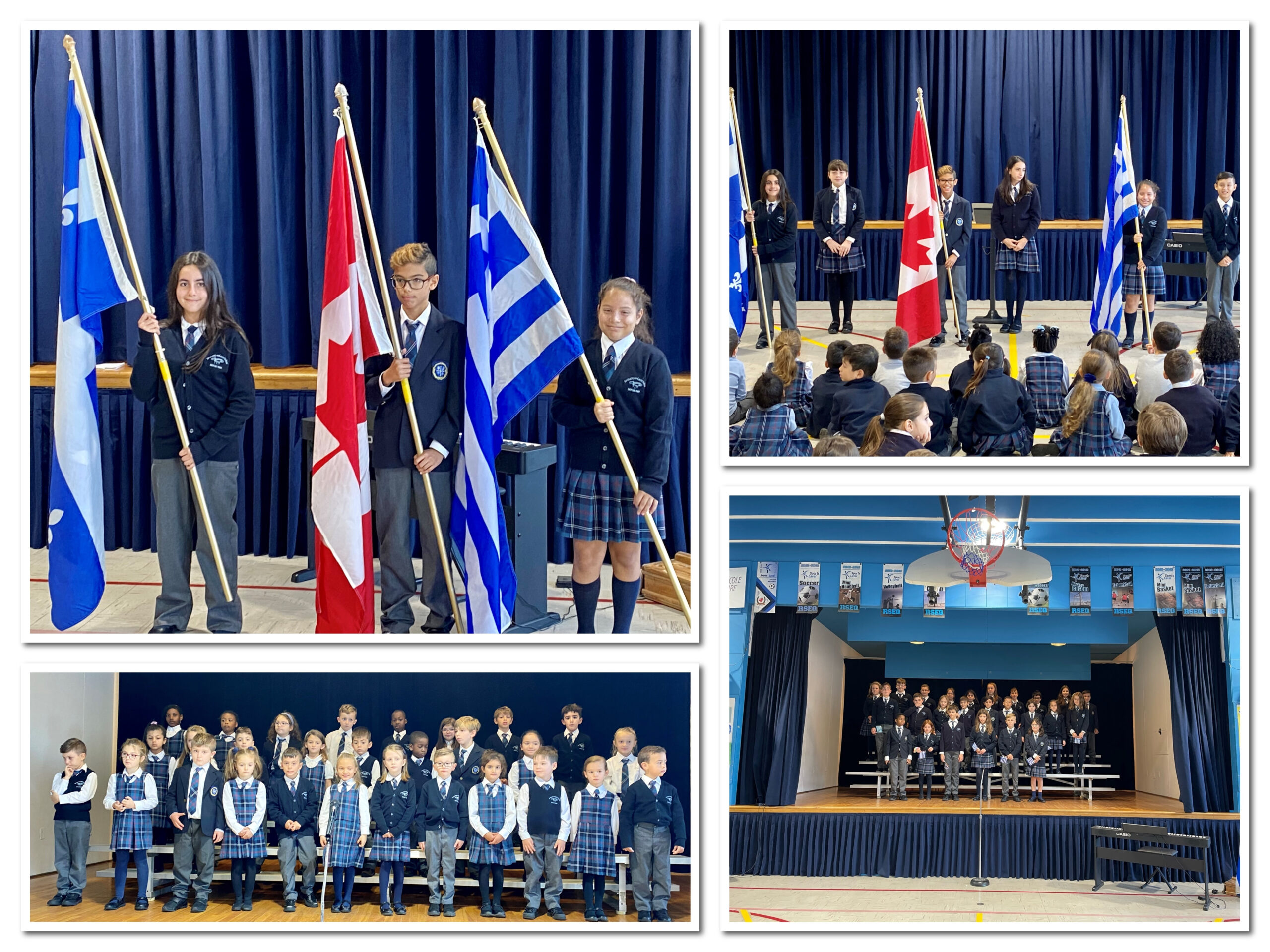 On October 28th, 1940, the Greek government rejected Fascist Italy’s ultimatum to cross into Greek territory and occupy part of it. In response to this refusal, stationed Italian troops attacked on the Greek border at half past five in the morning, thus triggering Greece’s participation in World War II and the first resistance encountered by fascist troops.

October 28 thus represents the proud Hellenic spirit of independence and freedom, becoming one of the two national holidays of Greece. 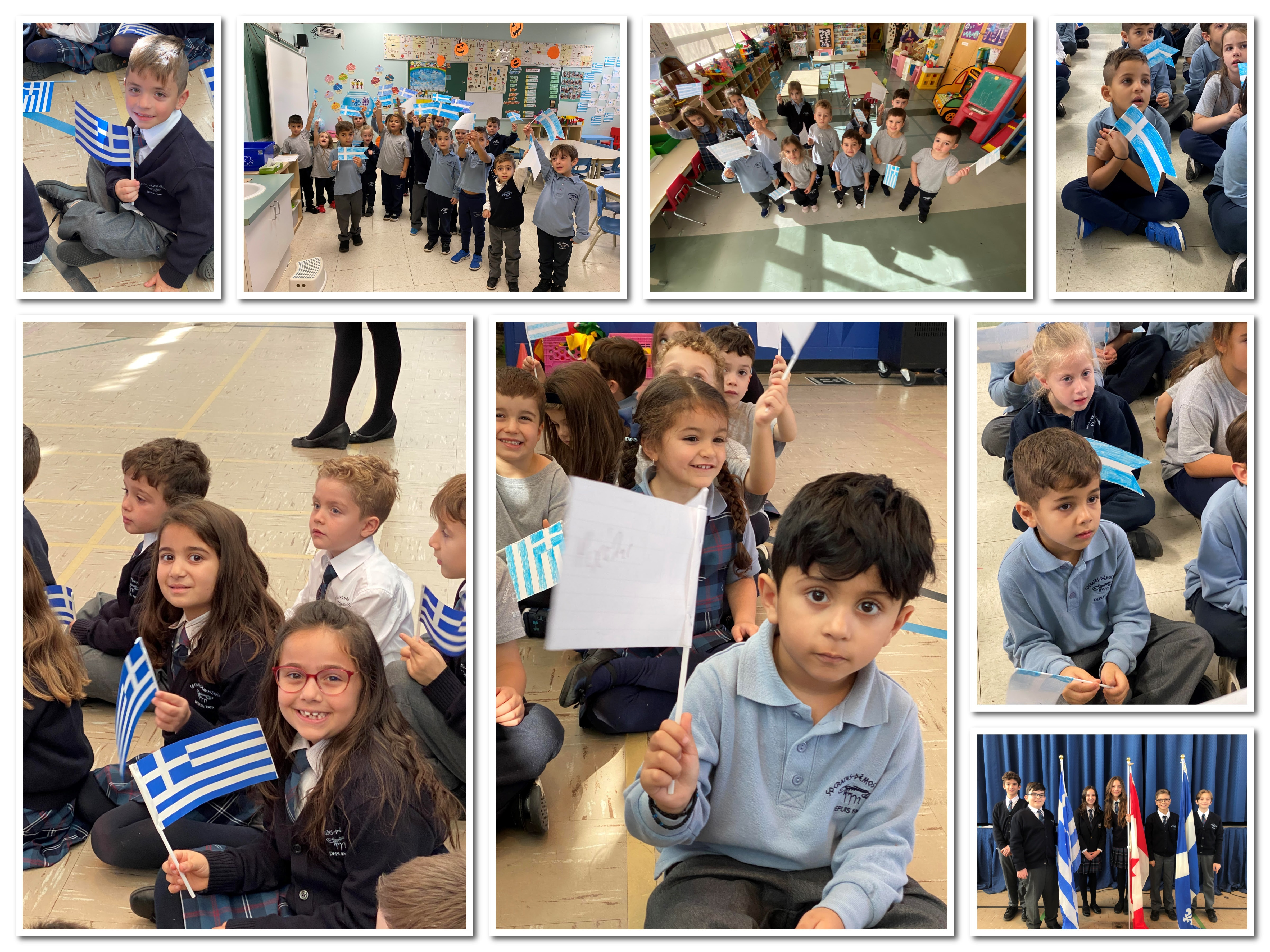 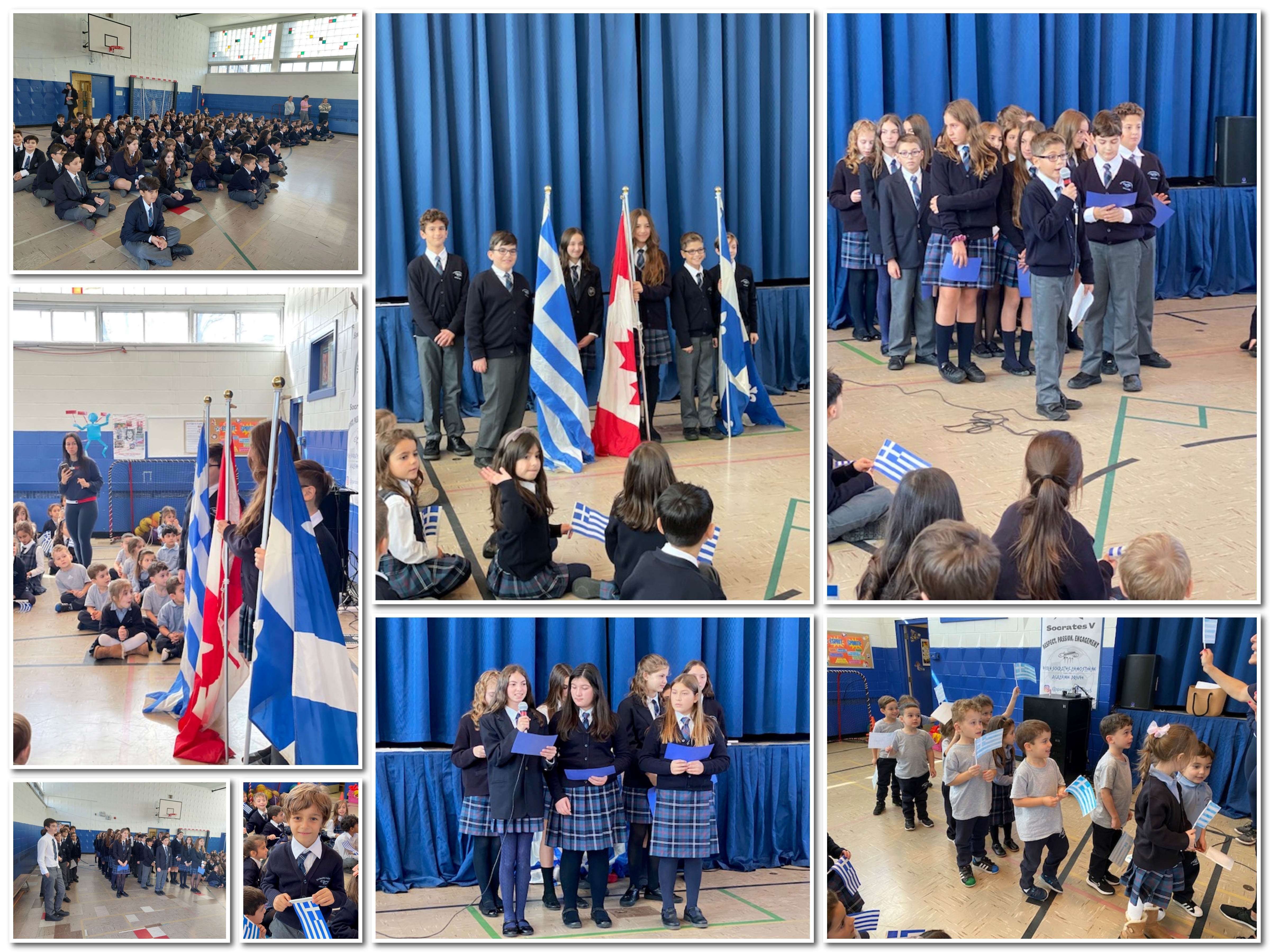 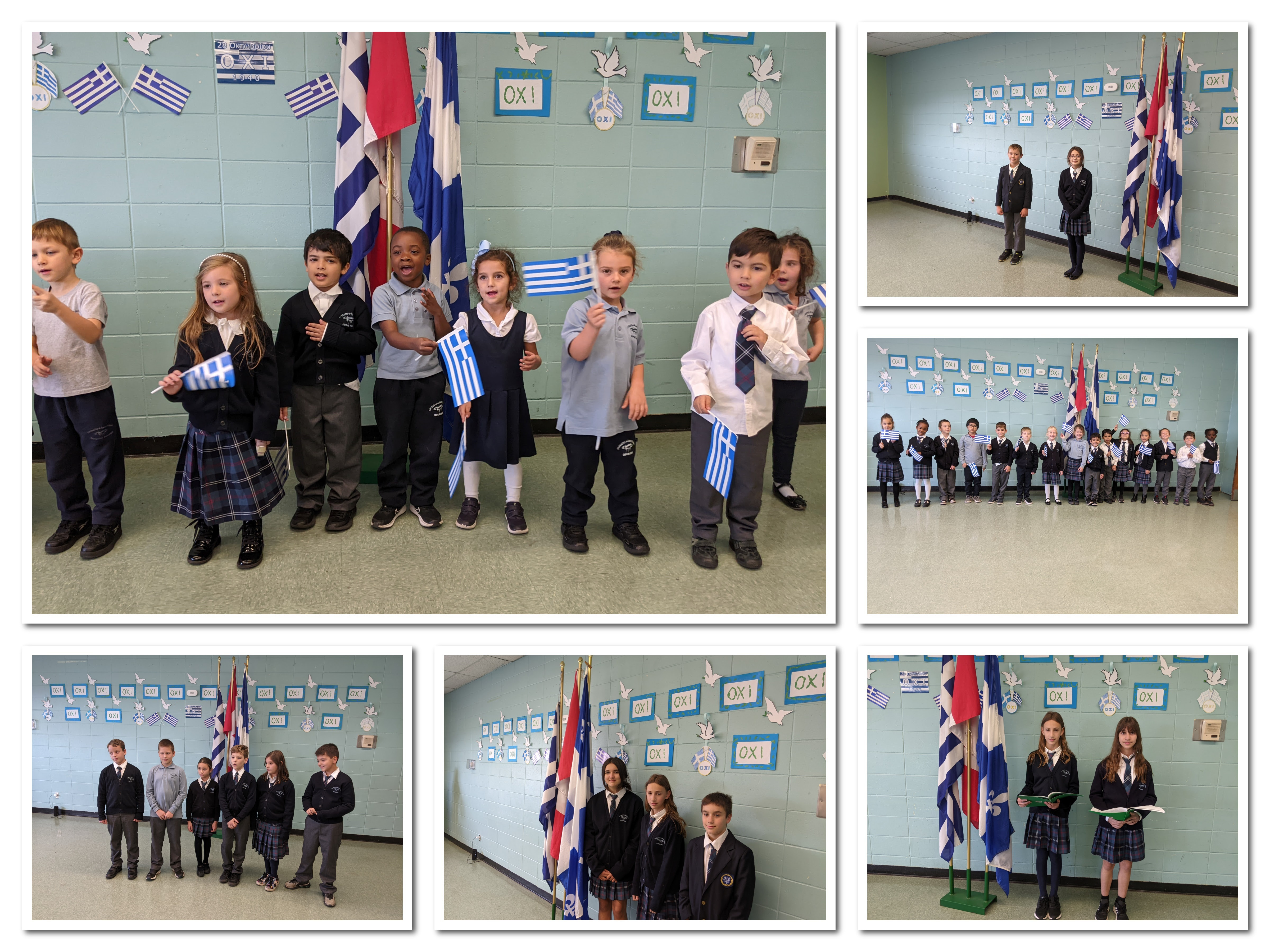 This year, faithful to this tradition and guided by their Greek teachers, the students of Socrates-Demosthenes enthusiastically celebrated October 28, this important and memorable date for the Greek nation.
They sang traditional songs and recited poems. They concluded with the handing over of the flags and the singing of the national anthems of Canada and Greece. 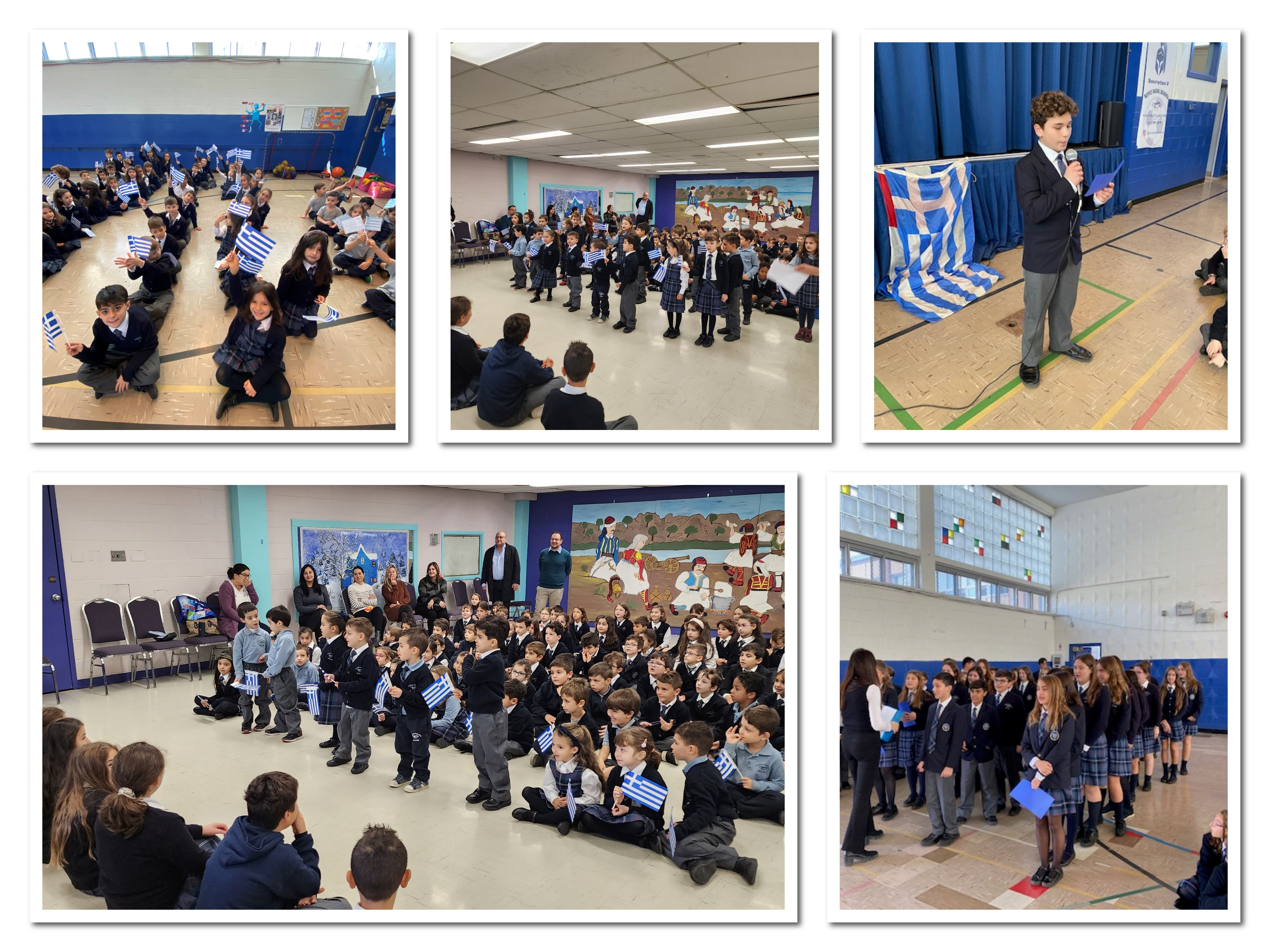 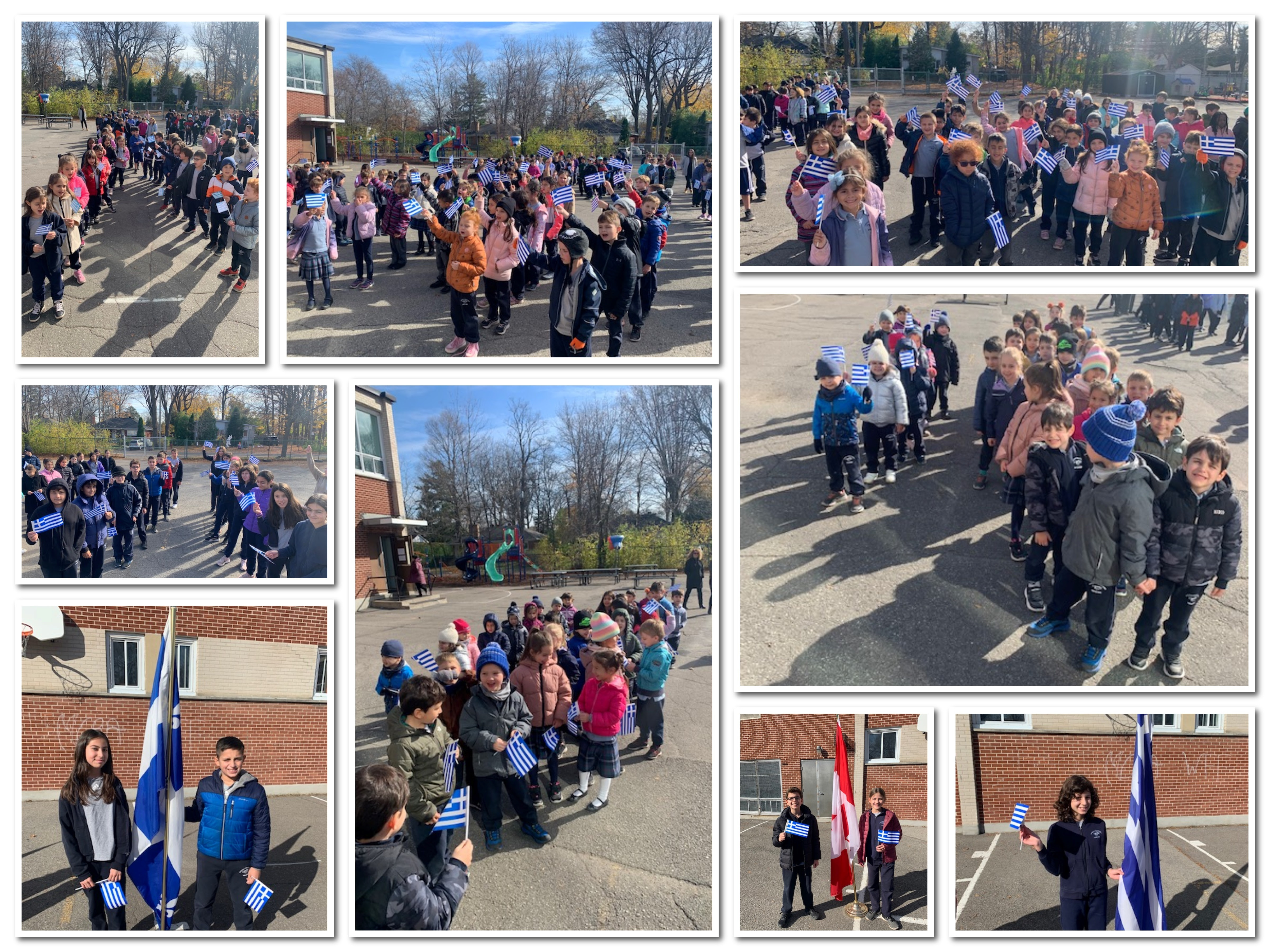 A big THANK YOU to the teachers who organized these festivities so well on the different campuses!