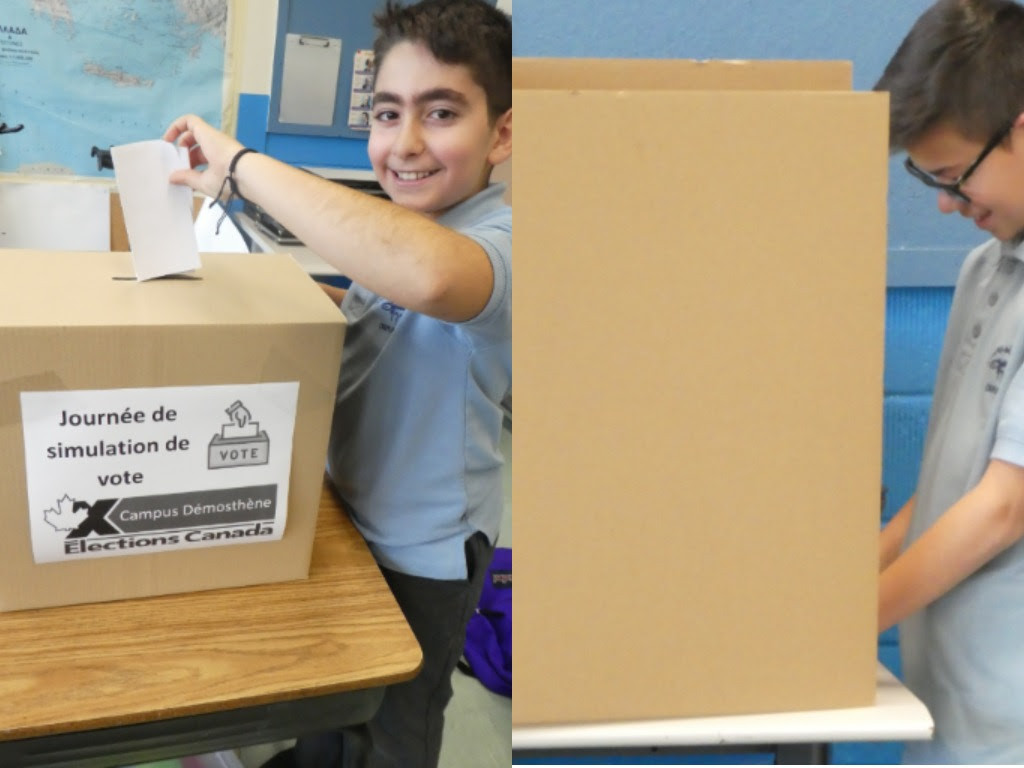 As part of the social universe course (module on Quebec society and a non-democratic society) and after visiting the House of Commons of the Canadian Parliament in early September, last Friday, the students of the Spartans class of Demosthenes campus conducted a simulation vote in anticipation of Monday’s federal election on October 21.

After picking one of the 6 main political parties, the students, placed in teams of 3 or 4, had to explain the proposals of their respective parties in with a speech and afterwards, compare the “promises” of each one of them..

Following the presentations made in the fourth and fifth grades, all the students were able to vote for their choice.

The results were shown in the form of a final chart.

Finally, after counting the 2 voting boxes, here is the forecast of the results:

If the Demosthenes trend continues, Canada will have a MAJORITY CONSERVATIVE government (36.25%).