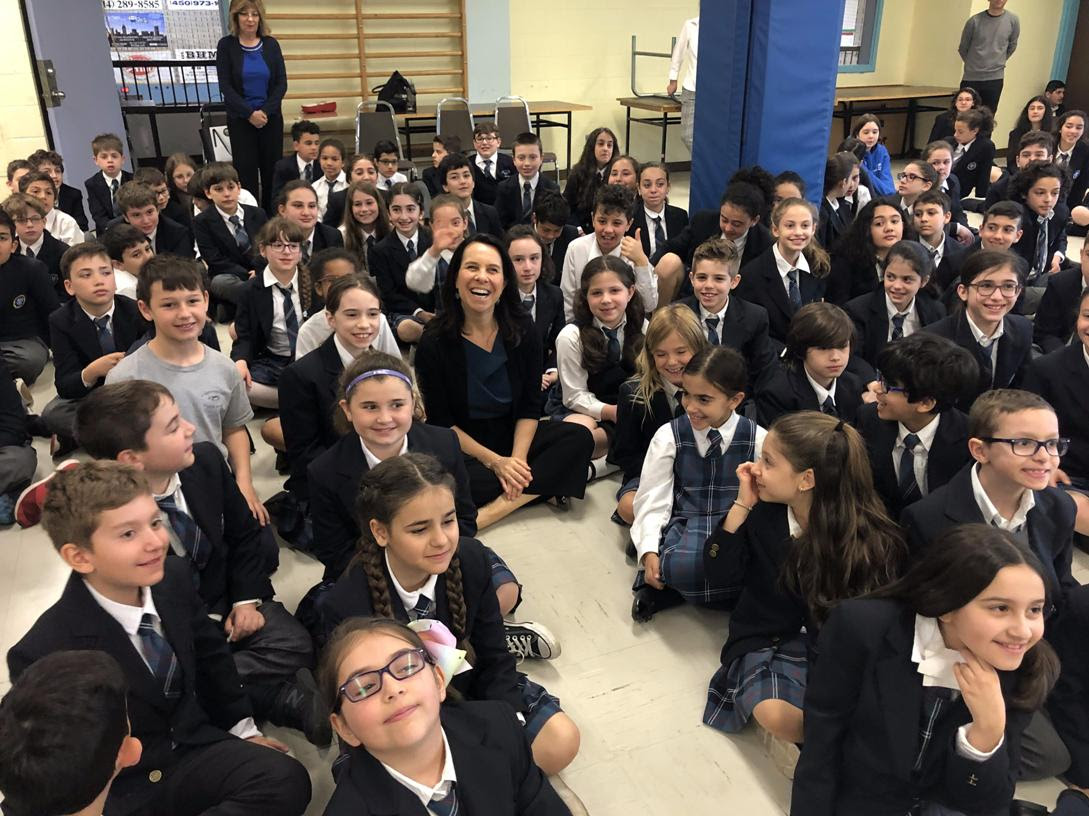 Last Monday, the Mayor of Montreal, Valérie Plante, accompanied by Councilor Dimitrios Zoubris, paid an official visit to the offices of the Hellenic Community of Greater Montreal.

After signing the visitor’s book, the mayor visited the community center and campus II of the Socrates-Demosthenes School. She was welcomed by all the students, teachers and the principal, Georgia Tsakalis. She took the opportunity to talk with the young people and participate with them in the annual spelling contest Coccinelle épelle.

Roxana Bodo, a Grade 5 artistic student, gave her a gift of one of her creations: a painting of bottle caps representing the symbol of the city of Montreal.

Finally, Ms. Plante visited the Greek Library in Montreal and was impressed by the breadth and history of our community. Among the topics discussed with the mayor was the organization of the National Parade of 2021, which coincides with the 200th anniversary of the independence of Greece. Madame Plante promised her full support for the grand parade to take place in the center of the city of Montreal at that time.

We said goodbye to our kind visitor with warm greetings.